The Transforming Zimbabwe’s Dairy Value Chain for the Future (TranZDVC) project handed over 147 in-calf heifers to 121 dairy farmers at Zengea Farm in Seke district, Mashonaland East province on the 23rd of April 2021

TranZDVC imported the in-calf heifers from South Africa to boost the Zimbabwe’s dairy herd and also improve genetics. Through the importation of the heifers, TranZDVC will increase the production of milk in Zimbabwe from 75 million litres (in 2018) to 120 million litres (by 2022) per year.

Guest of honour at the event, Timo Olkkonen, the Head of Delegation to the European Union (EU) in Zimbabwe, noted that increasing milk production through the right genetics is an important step towards milk self-sufficiency in Zimbabwe.

“In Zimbabwe, with the right business environment, the right incentivisation to farmers, especially an environment where the farmer can plan its farm operations for several years to come, where the farmers can invest into improved feed/improved animal husbandry practices, because she/he is sure that it will pay off in terms of milk price and revenues for him and his families; with this type of environment, improved genetics will lead to increased milk production and improved national self-sufficiency, said Olkkonen. 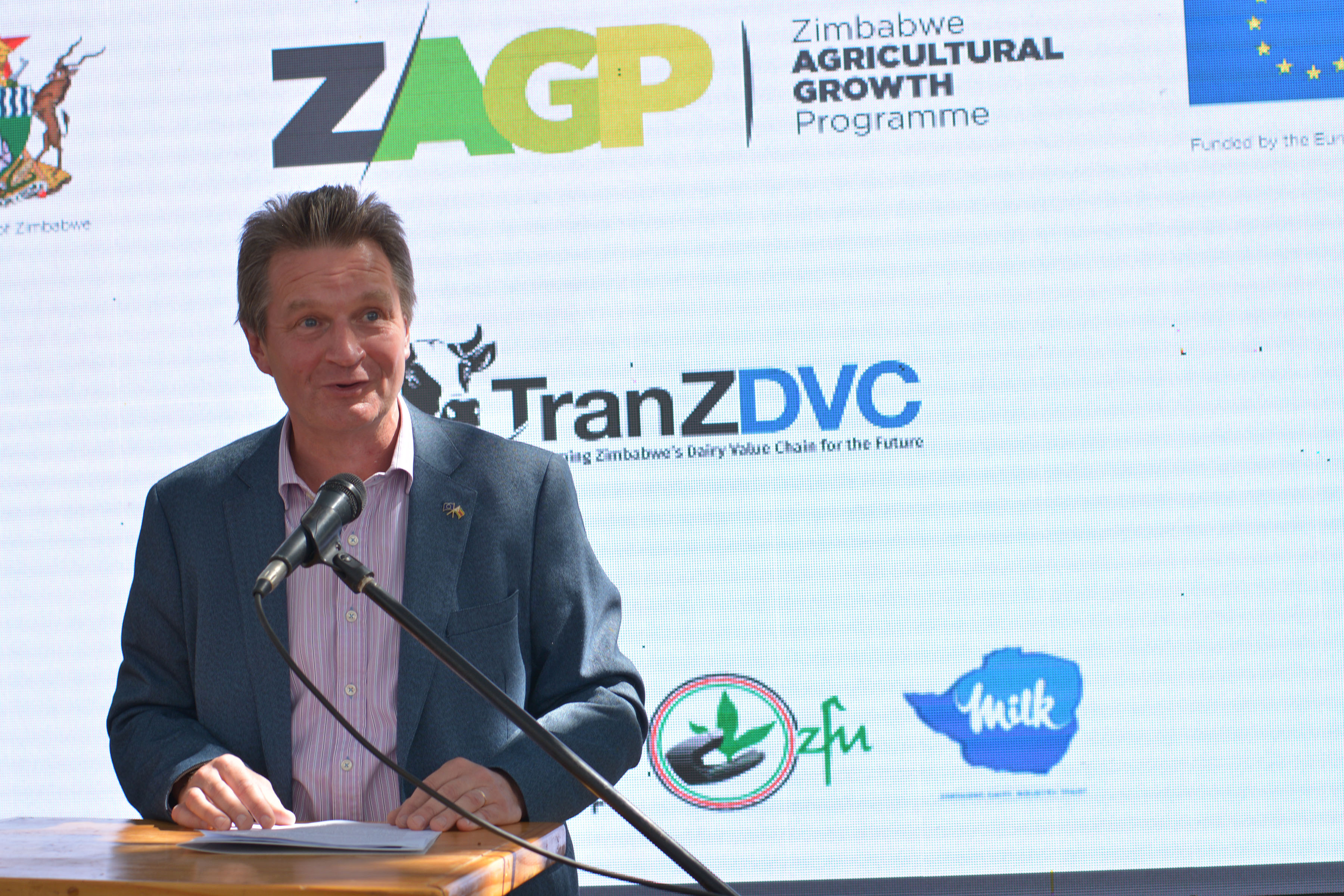 Timo Olkkonen, the Head of Delegation to the European Union (EU) in Zimbabwe delivering his address.

The Deputy Minister of Lands, Agriculture, Fisheries, Water and Rural Resettlement, Vangelis Haritatos urged the beneficiaries, who included 59 women, to fully make use of the 147 in-calf heifers availed by TranZDVC. “I urge all the dairy farmers who are beneficiaries of these in-calf heifers to maximise the opportunity presented to them by the TranZDVC project and the government of Zimbabwe to scale up their milk production endeavours.

One of the recipients of the heifers, Shongedzai Pfukwa, a young farmer from Zvimba district in Mashonaland West province could not hide his joy.

“I would like to thank TranZDVC who have been assisting us in our dairy production activities and also giving us access to these improved heifer breeds. Currently, I am maintaining 15 milking cows out of a total of 30 dairy cattle producing 150 litres of milk daily.

We are definite that this heifer facility will assist our dairy enterprise to increase milk production and also improve the quality”, said Pfukwa. 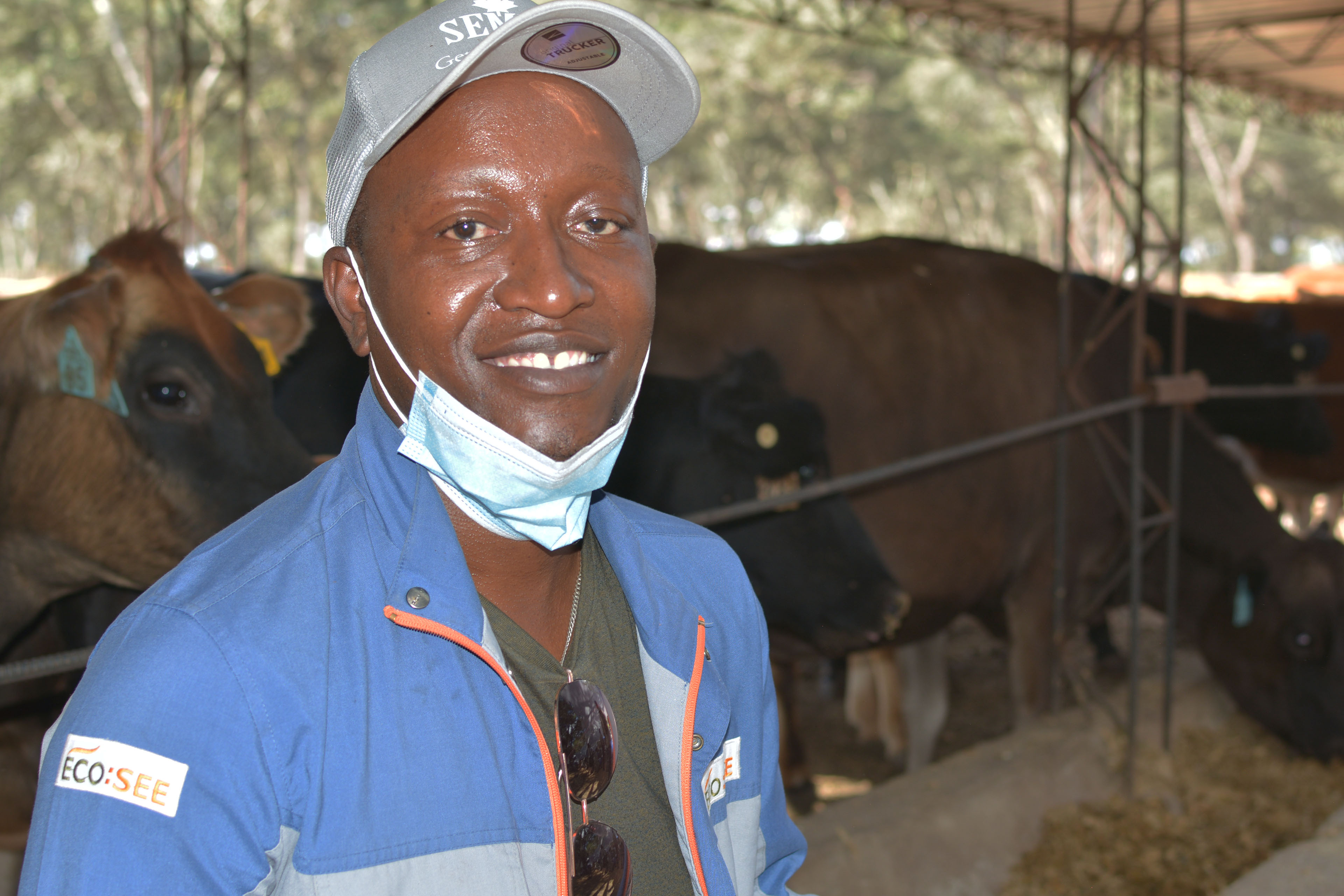 Shongedzai Pfukwa, one of the beneficiaries of the heifer scheme

To date, TranZDVC has assisted more than 33 smallholder farmers across 15 districts in 10 provinces to access 200 imported heifers on a 1:1 matching grant facility. The target is to procure 500 heifers with farmers matching with 500 heifers totalling 1,000 heifers during the life of the project. These additional 1000 heifers will contribute over 5.5 million litres of milk annually.